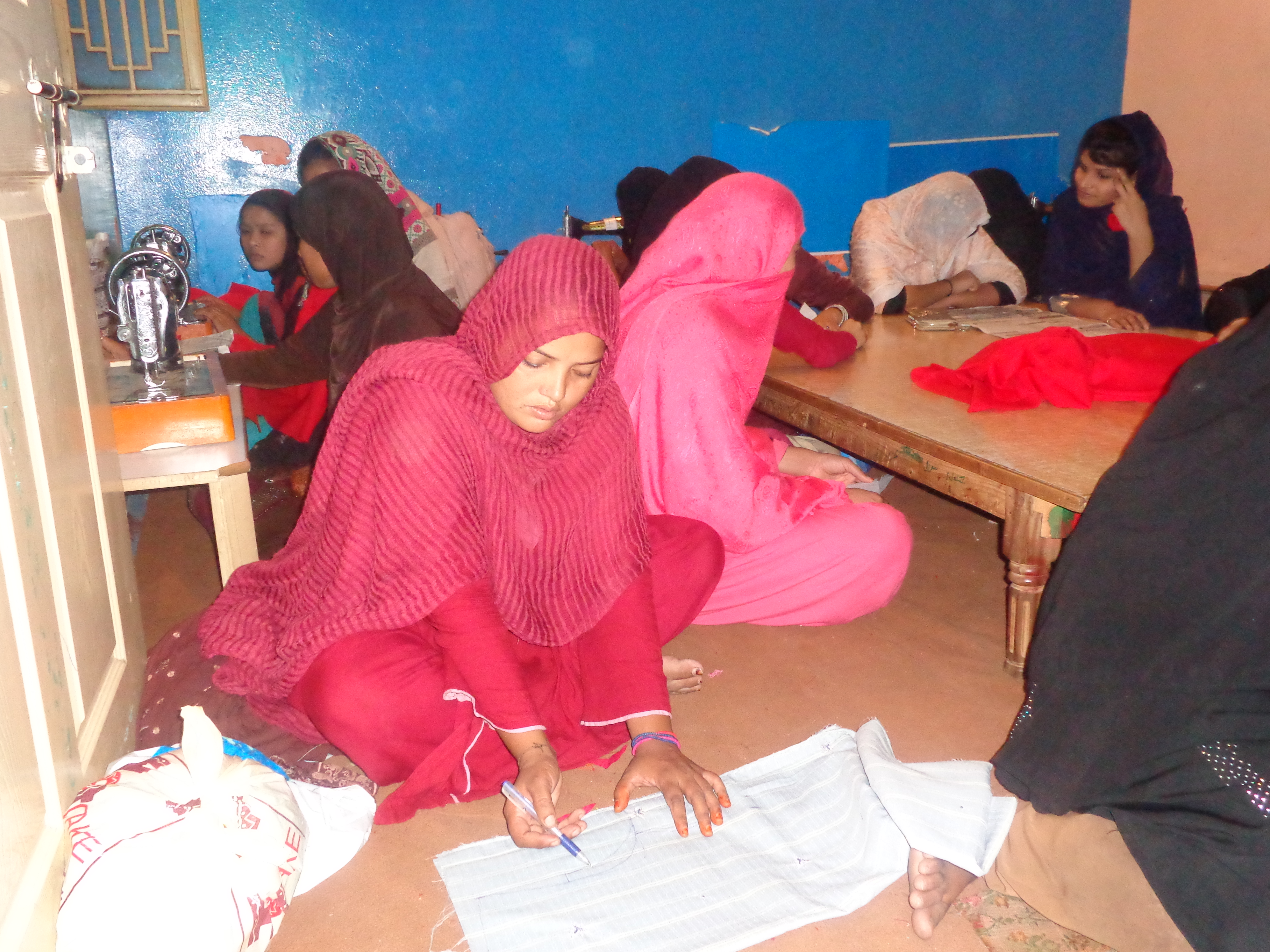 Rani was 17 when she got married to her cousin in Faisalabad.

Belonging to a poor family she was never respected by her in laws. Her husband never cared of her needs and use to beat her daily. He always threatened her and abused her with bad words and says that she is not his dream girl.

Rani was trying her best to manage her relations. She had nightmares and blue days. Meanwhile, she delivered a baby. She didn’t get any financial support from her husband and his family. She tried to escape and leave but her parents sent her back. So, she again was a target of violence and abuse and it was never ending.

Then she became a mother of second child but life was still unfair to Rani. Soon after the second baby she was thrown out of her husband’s home and she had no other choice left except her parent’s home. At one side she was considered a burden with two kids and on the other hand she was not allowed to go out and do some work.

After a struggle she gets an opportunity to learn stitching and cutting at the Centre for Street Children (CSC) and was provided with counseling and support. Not only herself, but also her 6 year-old son got mainstreamed in the Government School.

Society for the Protection of the Rights of the Child (SPARC)

Partnered with the Commonwealth of Learning (COL), the Society for the Protection of the Rights of the Child (SPARC) works to improve sustainable livelihoods for disadvantaged young women and girls in underprivileged communities in Pakistan.