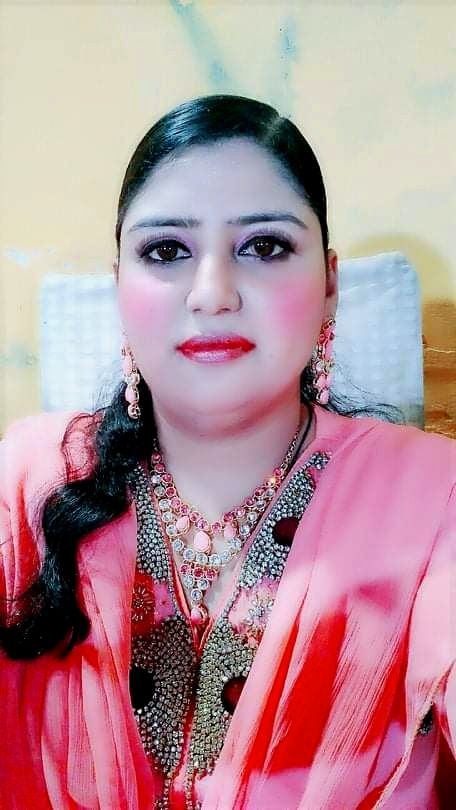 Beenish Suleman (31) is a resident of Baldia Town, Karachi (Pakistan). By the age of 16, Beenish got married to a man much older than her. Due to her marriage at such an early age, Beenish recalls that time as the toughest period of her life. She was young, dependent on her husband and had no say in any of the household decisions. She was not only a victim of domestic violence but was totally at the mercy of her in-laws. Her husband and mother in-law used to beat her up badly on petty issues.

The physical and psychological abuse had made Beenish hopeless and numb. She lost interest in routine activities of life. Beenish and her husband did not have any child which she considers the main reason for the torture that she had to face. She socially distanced herself from all her friends, family and acquaintances and stayed in isolation for a long period of time.

Beenish’s older sister reached out to her and had deep conversations with her. That helped Beenish to be able to talk about her problems openly. Her sister suggested that she quits the abusive relationship and stand up for herself.

To get Beenish out of depression her sister suggested that she visits SPARC’s vocational training centre and see if she wants to get herself enrolled in any of the free courses that were being offered. Beenish and her sister visited the centre and Beenish was surprised to know that a Beautician course was among the training classes available. Throughout her life, she has always been inspired to establish a beauty salon of her own. She enrolled and learned basic skills like threading, waxing, hair styling and themed events and party make overs. She was also trained in facial massage, skincare services and manicure and pedicure.

The girls were given lessons on how a simple hairstyle or just a makeover touch up can refine a person’s look.

During her skill training, Beenish got a chance to attend some of the life-skills education classes too. After taking the course and interacting with people on a regular basis, Beenish had a significant change in her behavior. She learned how to communicate and express herself and her feelings in a proper manner.

Beenish felt like it was the right time to quit her abusive marriage and move on with her life. She left her husband and moved in with her sister. After completing her training, Beenish got a job as an assistant at a local beauty salon. She soon got along with her co-workers and started to enjoy working in a peaceful environment.

At present, Beenish feels like she has never been more empowered and content in her whole life. She plans to keep on improving her skills and establish a small salon of her own. She plans to save money to buy basic equipment and furniture required for setting up a salon. Beenish says that she and her sister live in a rented house and has been planning to start the parlor within her house.

She revealed that the comfortable and peaceful environment at the skill training centre and her workplace has helped her with her trust issues. She realized that after parting ways with her husband and in-laws, she feels as if she has transformed into being more friendly and content. Beenish not only feels independent but feels confident in exploring more opportunities and showcasing her creativity. Beenish inspires others to believe in the silver lining and look at the brighter side of life.