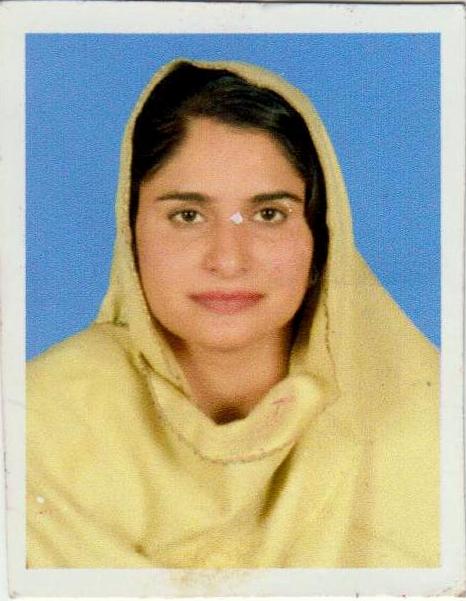 Yasmin Bibi, 24 is a happy mother of four children and is a skill teacher at SPARC’s regional office but her journey has not been easy.  Coming from a village near Multan – Kot Rab Nawaz, Yasmin hailed from a poor family. Other than social and economic deprivation of the community, she has been a victim of child marriage as well. At the age of 14, Yasmin was married to an uneducated and unemployed man. She conceived her first child at the age of 15 and regardless of the responsibilities; her husband did not have a full-time job. He used to do short term contract based labour work every now and then to meet the basic needs, however Yasmin had always dreamt about earning and supporting her family.

Yasmin, being an ambitious individual with an average qualification, started to teach at a nearby school after having to face a strong opposition from her family. But her earning was still insufficient to pay the bills and raise four children. That was the time when Yasmin heard about SPARC’s skill training center in her neighborhood. Out of curiosity, she visited the skill training center to get information on how this skill enhancement is beneficial and what would be its impact later in life. “To me, Girls Inspire is my only hope to acquire some skills for my earning. I’ve always dreamt about running a small business by myself and getting enrolled in this Beautician’s course can be a turning point of my life” said Yasmin while meeting the staff members.

Yasmin instantly decided to jump out of her comfort zone and get enrolled in the center. After receiving the beautician’s course training, she decided to run her own small scale business. Along with this skill, she was also given LSBE life skills-based education which boosted her confidence and helped her build personal relations in the community.

Today, Yasmin has her beautician skills all polished and has a good number of clients who appreciate her work. To upscale her business, she requires a big investment for which she is currently working with SPARC as a skill trainer (beautician). She is earning well through her job and has continued to work part-time in her personal capacity as well. Her income is almost three times better than before and she’s happy that her financial problems are much settled now.

All of her children; one son (Uffan 7 years old) and three daughters (Fizza 9 years old, Fareeha 5.5 years and Fatima 4 years old) now go to school. Not only her social life, but her relationship with her husband has also improved over the time. Now, he encourages her to work and they have mutually decided to provide their children with good quality education and a bright future. They wish their daughters complete their education and become empowered and independent individuals. “I am now a happy mother as I can fulfill the desires of my children. I’m thankful to SPARC and Girls Inspire for giving me an opportunity to build and show my capacities. Their support has not only changed my life but my family’s too”, said Yasmin.