Working with GIRLSInspire led Farwa to be a fighter for her own rights!

Home Real Stories Working with GIRLSInspire led Farwa to be a fighter for her own rights! 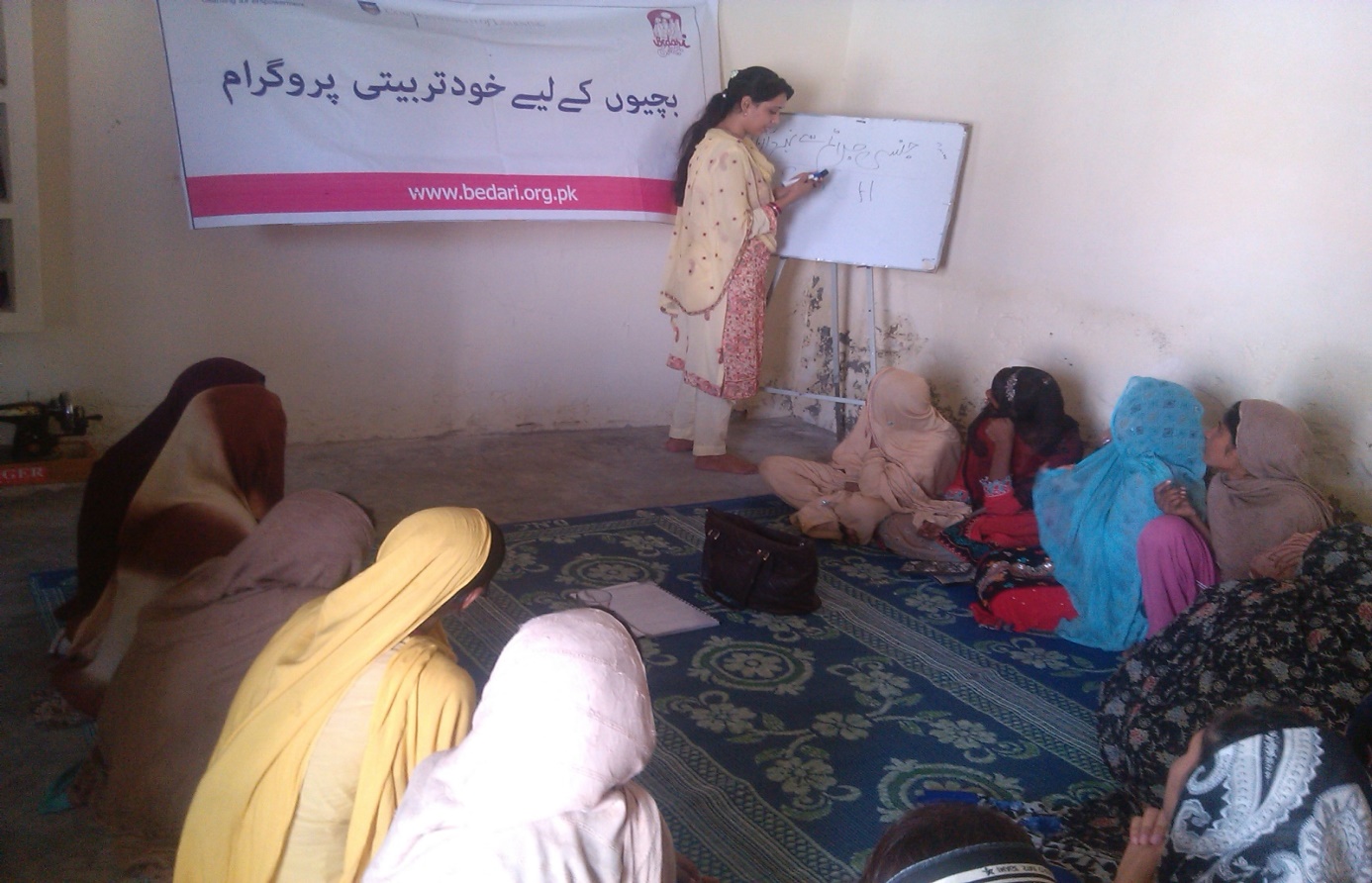 Working with GIRLSInspire led Farwa to be a fighter for her own rights!

“My family shares that I have changed a lot in positive ways. They see me as more confident and prompt towards resolving and settling issues related to little girls,” Farwa delightedly spoke while describing how she feels about herself after working under GIRLSInspire project. She stated that she felt the difference way before, but was happy when her family acknowledged the change.

This is a story of transformation in life of Farwa, who joined Bedari as Project Officer under GIRlsInspire Project. GIRLSInspire project proved to add meaningful learning in her life. Different platforms provide learnings of different kinds in life, but being under GIRLSInspire project, she felt progressive energy took over the fears and doubts in her mind. It provided her the knowledge which will stay throughout her life. Farwa’s story is interpretation of self-directed learning from informative sphere of GIRLSInpire project.

After joining and learning through trainings on Self-Growth she realized that the things occurred with her and her family, are quite different than what she taught to the participants. She internalized herself and started thinking on the aspects of Self-Growth training. Before joining this project, she faced violation of her own rights at home. Therefore, she decided to prepare an action plan to deal with the hurdles that created hindrance in her life. How she transformed, is elaborated in detail in her own words.

Farwa stated about the change in her life, “In everyday life we learn something good or bad from behaviors of others. In my seven year career, I worked with different organizations. After working with GIRLSInspire project many changes occurred in my life. I am thankful to GIRLSInspire project which provided me with a platform and opportunity to nurture my skills and abilities. My family members explicitly say that I am extremely changed. They share that I now provide argument against unacceptable statements and start mobilization at home on different issues. I found tactics to persuade others. Some of them speak of it in negative sense, but it was very much needed for my own development”.

About child marriages, Farwa indicated that, “It was my first project on early marriage. Since the start, I was against the cruel act of early marriage. It occurred many times that I came across cases of early marriage in the community, but was unable to support the victims as we had no project at that time. With the commencement of this project I had got profound experience and exposure to deal with early marriage cases and issues, specifically through the perspective of girls and women rights. I got awareness regarding causes, effects and prevention of child marriage and found many examples after meeting the victims.”

This was account of Farwa’s learning due to involvement in GIRLSInspire project, taking from borders to households. Now, she is a good advocate against Child Marriage. She is very thankful to Commonwealth of Learning, which provided her an opportunity of progression through this project and encompassing practical impacts on her life. She wishes to be a great ambassador against early marriages. Many people from her family seek advice from her regarding education and rights of girls, which is a proud moment for her and the entire team.