Women Leadership – How it speaks to our works?

Home Publications Women Leadership – How it speaks to our works? 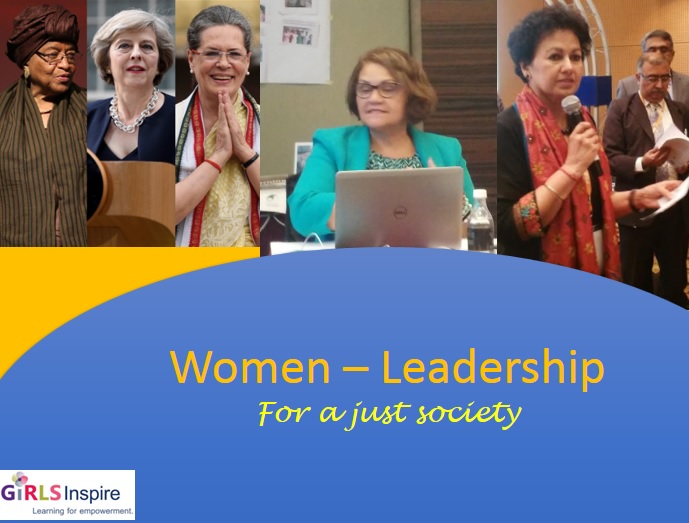 Women Leadership – How it speaks to our works?

Although women are equal with men in terms of productive capacity and intelligence, the gender discrimination is very much prevalent in our societies since long. The picture is severe in developing world. Only because of cultural and social norms and rigidities, women are not respected as men and as a result women are deprived for their rights and become vulnerable in their social and economic lives. Whereas every child got equal rights – both rights of existence and rights of spirits, girl child are usually deprived from their rights and they are more vulnerable to abuse compared to boys. To get rid of this unjust social deprivation, the women leadership is critical. It has been observed that if the women are in leadership, then then societies become more just and socio-economic progress becomes more gender responsive.

In the webinar on 29 March 2017 organized by GIRLS Inspire team at COL, honorable Senior Adviser – Girls and Women and the Team Leader (Education) at Commonwealth of Learning, Mrs. Frances Ferreira presented a meaningful and influential talk on the current status of women leadership and must-to-do activities for encouraging women leadership in our societies. She mentioned about some great women leaders who never been defined by the circumstances and contributed to the societies nothing less than the men, even better in some cases. For being a leader, women should achieve the required skills and need to be confident. That’s why, education is critical for the girls and women for dismantle the artificial vicious cycle of gender discrimination. The presenter shared some fascinating evidence from the GIRLS Inspire initiatives that shows how education make change the rights and livelihoods of the girls and women. The evidence clearly indicated that any investment on girls’ education can add much higher value to the economy as well as the society. Given these authentic proofs, the girls are still not allowed to be exposed in various important roles in the societies only because of the backward mindset of the men-dominated culture.

How can women leadership can change the scenario? The presenter emphasized that women leadership is the most effective means of changing the gender-biased unjust scenario in our societies. Women always got the INFLUENCE POWER, whereas men got the POSITION POWER. It was evident that influence power is much stronger if women can meaningfully use it at family levels. We got a number of references where women’s role as mother or partner or sister got huge impact on the mindset of the men who were world famous for their social role and creations. We can mention few names as Moses, Thomas Edison, Napoleon Bonaparte, etc. who were hugely influenced by their mothers. Therefore, women should use their powers to influence over the men for changing their mindset toward women and more women role models like Professor Asha Kanwar, Mrs. Frances Ferriera of COL should come forward to motivate the girls so they speak up for their rights, educate themselves and thereby become future leaders in the societies.

Could you share one thing that motivated you to do something for women empowerment? How our works with GIRLSInspire and CEFM can directly or indirectly speak to women leadership? I am looking forward to your contribution in this regard.