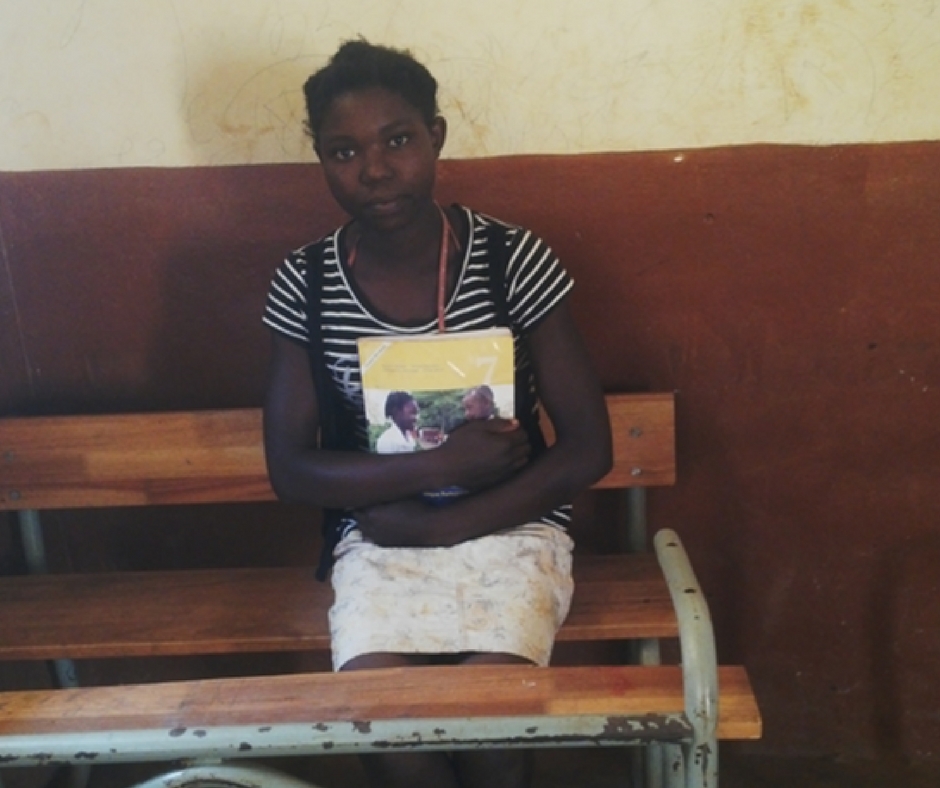 “Let us be determined girls and let us not be carried away by the idea of our friends, brothers, uncles and fathers with regard to sexuality or premature marriage”

The drama of premature marriage and early pregnancy is still a challenge in many parts of the world, and Mozambique is no exception. Data from the Demographic and Health Survey of 2015 indicate that 14 percent of women between the ages of 20 and 24 married before age 15, and 48 percent married before age 18.

Lúcia Jumade, 17 years old, is part of the percentage of girls who got married before she was 18 years old. Lúcia became pregnant with her first child at the age of 15 and was forced to live with her partner, and as a consequence, in addition to being a victim of an early pregnancy, was also the victim of forced and premature marriage.

Lúcia’s life, after joining her husband over an unplanned pregnancy, has become an unsustainable drama, as she tells herself:

“I started living with my husband until the baby was born. During my pregnancy, my friends did not want to play with me, and in the family I was no longer seen as a child, but rather as a mother who should prepare to take care of another I began to take care of my husband’s house and he began to behave as my owner: so he had to be accountable to my husband about everything he did, about my life, where In spite of the difficulties I was facing during the gestation period, the worst situation was the lack of social relations with my mother, who left everything under the responsibility of my partner forced to abandon my studies.

My mother-in-law did not respect me, she assaulted me in words because she thought I was some woman for her son, not a wife. It was very sad and regretful days in my life until I finally returned to my family’s house. Thanks to the lessons I learned from the “Girls Inspire” project that the Progresso Association implements here in Niassa, I learned to value myself, I learned that premature and forced marriage is a crime and is prohibited, I learned that I can have many problems in life because I have early married With the help of my grandparents and my family, my mother and my uncle who attend the Progresso Association’s awareness-raising meetings for the end of premarital marriage, I resumed my studies this year and I am attending 7th grade in Full Elementary School 24 June in Chimbunila, Niassa province. I also participate in the classes of explanation and I have faith that I can change my life with these learning. ”

Like Lucia, many girls in Mozambique go through similar or worse situations, so she advises women to be determined to combat premature and forced marriage.

“I advise you not to become sexually involved before reaching an acceptable age, as it has happened to me, because of the risk of unwanted pregnancy and health. Finally, we have to be determined girls and we cannot get carried away by the ideas of our false friends, also by the ideas of our brothers, uncles and fathers who have not yet understood the dangers of sexuality or premature marriage, only with determination and courage to face these negative ideas can we have a healthy horizon for all.”