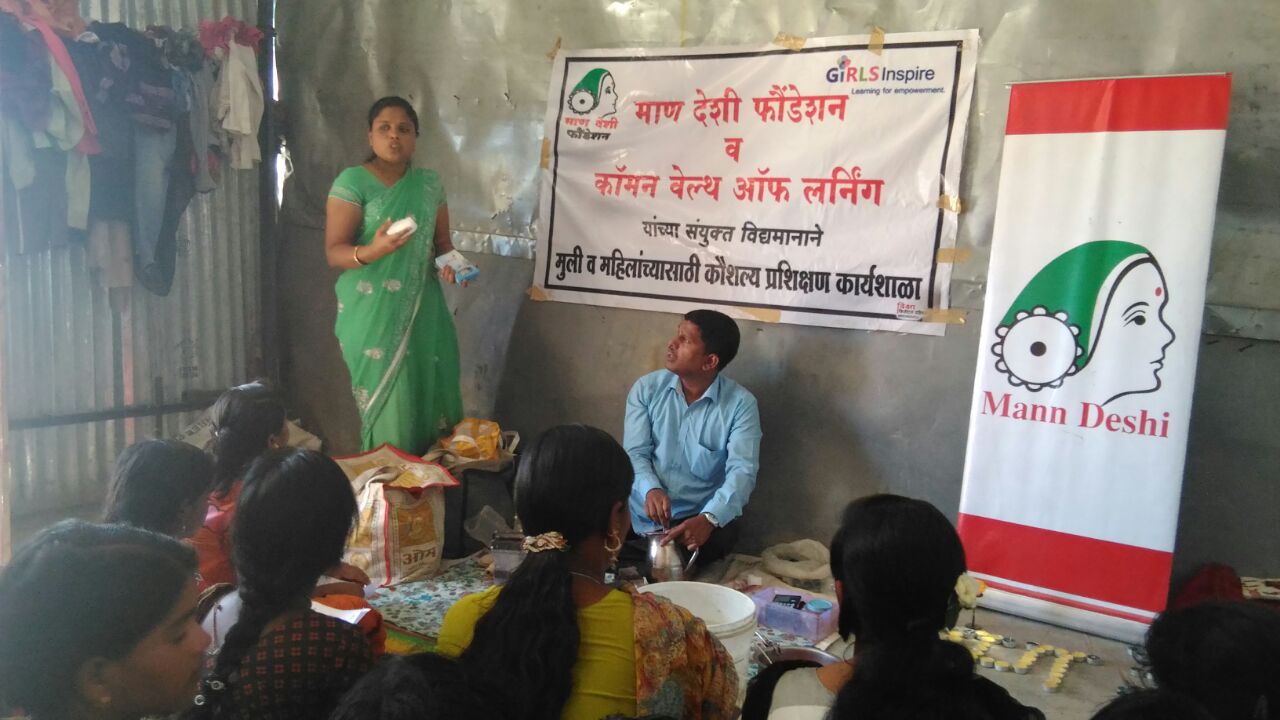 October and November are the months when most of the Western Indian communities, rich and poor alike, celebrate a number of festivals; the central being Diwali, the celebration of light.

The festive season also marks a spike in the demands for local produce and small hand crafted products. Mann Deshi has taken this opportunity to introduce a number of training sessions for the young women that could develop as low investment seasonal business.

The aim is to expose the participants to the idea of self-employment as well as boost their self-confidence. We are hoping that such impromptu and responsive inclusion of skills training would result in a number of positive outcomes, including that of demonstrating the possibilities of Girl and Young Women’s economic contribution to the community and households.

As decided earlier, part of the earnings from the initiative (which also is connected to Mann Deshi’s initiative of promoting a gift package including these produce) would go to the Bank Account opened by Mann Deshi Mahila Bank if a participant wishes to.