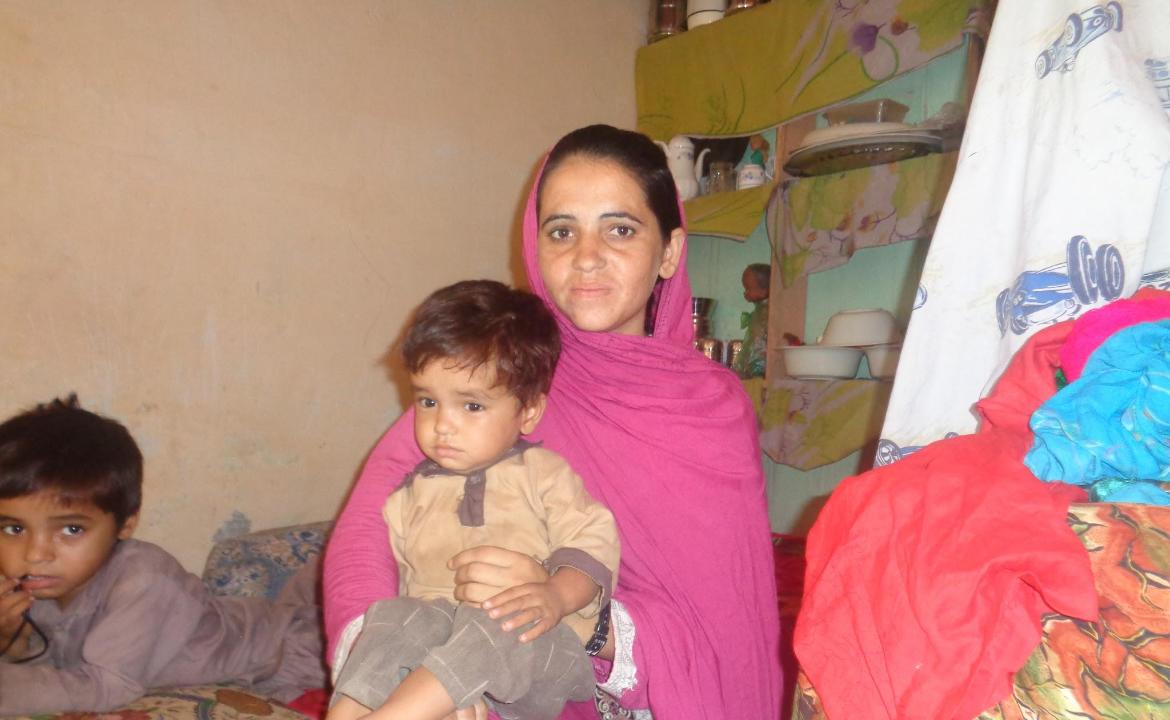 We used to live in a village near Multan city. We were 9 sisters, and no brother. My parents wanted to have a son, so they kept trying, and continued to add unwanted daughters to the family. My father worked on daily wages, which were not regular; and of course, not sufficient to meet our basic needs. Still I was going to the village school. I had a passion for studies, and wanted to join army – a rare dream for a girl.

In poor households, daughters’ dreams do not matter. They don’t earn, and are not expected to earn in future as well, so they are a burden. The easiest way to get rid of this burden is to marry them off – an old man’s burden is shifted to a young man’s shoulders. Girl remains a burden nevertheless.

Same happened in my case. My dreams were shattered, I left my books and shattered dreams behind, and moved to my husband’s house. My husband, 20 years old, was not ready to take up the burden my father had transferred to him. He simply refused to take up the responsibilities of a married life. So I had to step in and should his responsibilities as well as mine.

I would wake up early in the morning, and go to work in the fields of a wealthy landlord. He would pay me (and many more women/girls like me) peanuts for 10 to 12 hours of work. I would get back home with some food, and get down to household chores. After feeding my husband in the evening, I had to gratify his sexual needs at night. This never-ending cycle would go on and on.

The sexual intercourse was unbearably painful. I did not understand it, but I had no way to escape it. Time flies. I did not know how 4 years passed, and I got 4 children – more mouths to feed, more expenses, more responsibilities – life became more and more intolerable.

Now when I recall those days, I just don’t understand how I managed to live through those 4 years. Anyhow, the things changed in the 5th year of my marriage. I don’t know what happened, but somehow my husband changed. He realized that I was working too hard, and he was not helping, rather he was a burden on me.

He started to take up family responsibilities. He started looking for work, and would find something or the other daily. Thus he started contributing to the family income. Life became a little bearable. As things improved, I started thinking of improving it further. I took a bold decision. I did not want to repeat the mistake my parents had made. After 4th kid, I decided I would not have any more kids. I went to a local family planning center, and learnt about ways to avoid pregnancy.

As my husband learnt some skills and became a skilled worker, his earnings increased manifold. A time came when we realized that I did not have to work in the field anymore. We could live off my husband’s earnings comfortably.

One day, when I was reflecting on my life, I thought there would be many more girls like me suffering due to early marriages. It is so common… it is all around. In only 5 minutes, I could count around 15 child brides in my neighborhood. I thought I must help them; I should do something for them, but what it could be.

That was the time when I found out about Bedari. I met its field staff, and invited them to work in our village also. I offered them my full support. They agreed. Now I have established a children club for out of school children. I am not educated, so I cannot teach them. We have hired an educated lady to teach the kids. I make sure that people send their children to the children club. We organize community awareness sessions on women’s and children’s issues. Child marriage is one of the most important issues we are working on.

I have made friends – men and women – who are against child marriages, and violence. We are working together to make our village a ‘Child Marriage Free Village’.