Regaining control of my life 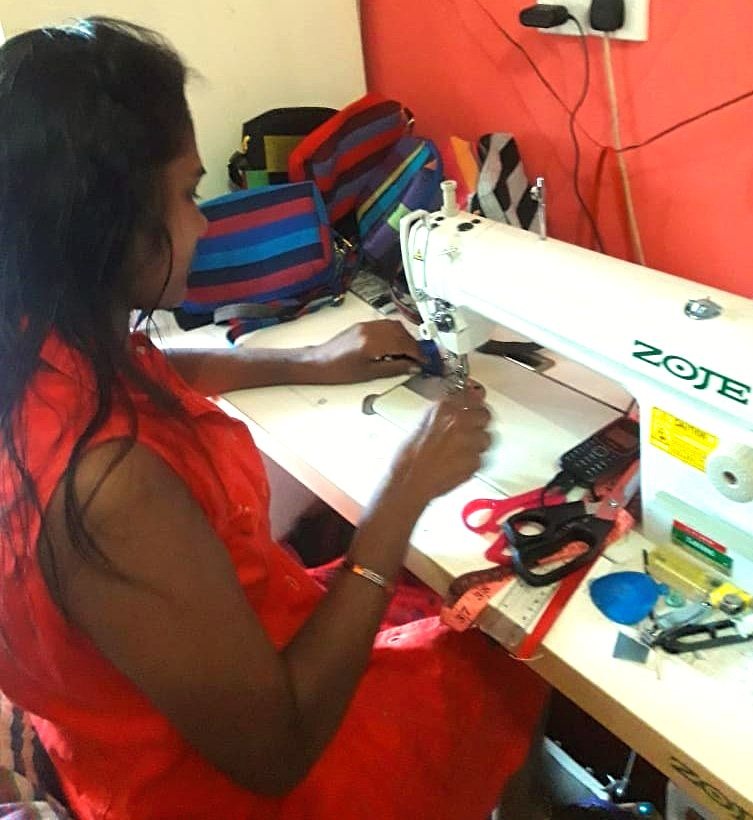 Regaining control of my life

Marriage at a young age has become a common practice in the Sri Lankan society. Many youth marriages are done right after attending the legal age of 18 years, with or without the consent of their parents. Separation and divorce also has become more common with child maintenance and divorce cases making up 60% of the daily trials brought to courts. It is regrettable to state that most couples who walk out separately on legal terms are young and with children.

39-year-old Ruwanthi* decided to get married to Nilantha* when she was 18 years of age. While both their parents disapproved of the marriage based on traditional customs and beliefs Ruwanthi and Nilantha continued on in their journey together.

Nilantha, who was quick-tempered and very suspicious of Ruwanthi did not hesitate to physically abuse her regardless of their surroundings. His temperament affected their marriage and Ruwanthi began to regret her decision. Along with the physical abuse Nilantha would emotionally abuse Ruwanthi blaming her as the sole reason for the loss of his inheritance and family relationship. Amidst all the abuse Ruwanthi suppressed her emotions and carried on with her household duties as expected by a dutiful wife.

In order to distract herself from her abusive family life Ruwanthi began a small-scale ready-made dress enterprise, which gave her a sense of strength knowing that she could see a better future for herself. At the age of 26 Ruwanthi had her daughter and even after the birth of their daughter Nilantha showed no signs of changing for the better. Having experienced enough abuse Ruwanthi filed for divorce and finally broke away from her toxic marriage.

“As a divorced woman I had to face sarcasm and ridicule from various individuals and groups. I felt helpless and alone with no one to seek refuge from. My business fell when I realised that many affiliated with my enterprise had their own ulterior motives. I began to fall into depression and crawled back into my shell of despair and hopelessness. It was at my lowest point that I was referred to the Women’s Development Centre (WDC).”

Ruwanthi sought counselling assistance at WDC where she began to mend her spirit. While receiving counselling Ruwanthi was also encouraged to participate in various self-employment trainings offered through the organisation. Seeing her potential as an entrepreneur she was given the opportunity to become a member of the Kandy district women entrepreneur’s association established under the COL funded Girls inspire project. Her products were accepted by WDC’s Sthree social enterprise where she was advised on further improving the quality of her products.

“Participating in these activities strengthened me, as I realized I was not alone; that there were others who had overcome challenges in their lives. I am especially grateful that I could learn a variety of new skills in sewing, up cycling products, mosaic and designing as well. My confidence grew significantly when I began to sell my products. I have become very involved with the entrepreneurs society and enthusiastically learn through every opportunity that I encounter.

Now I have an opportunity be an instructor to train women and girls to sew bags. An opportunity they would not have had if it was not for the Girls Inspire project. My young daughter who is 13 now is extremely proud of my achievements, which fulfils my expectations in life.”