Ramsha Sattar – An innocent child and a victim of severe abuse 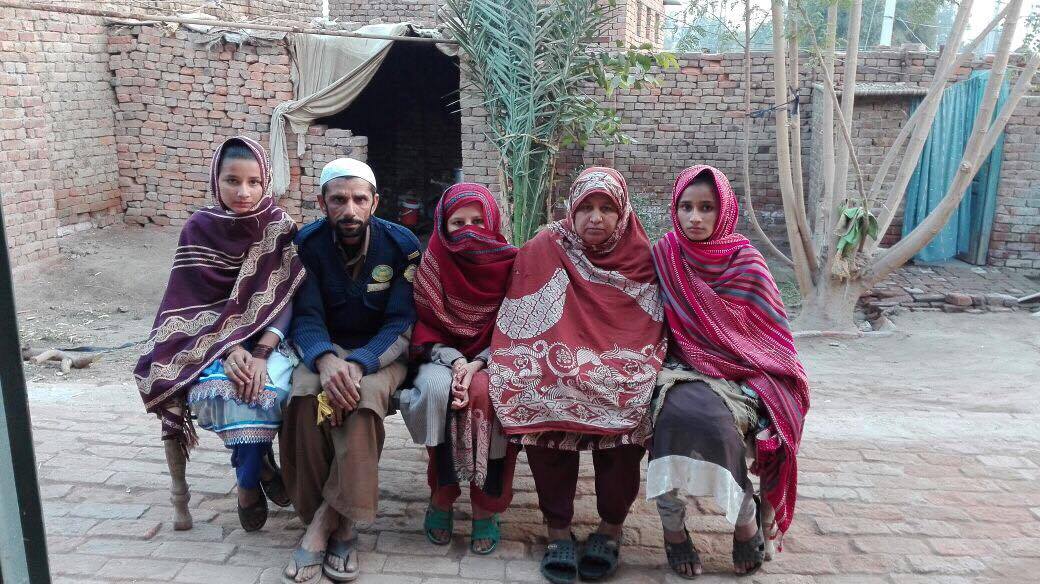 Ramsha Sattar – An innocent child and a victim of severe abuse

“Throughout my marriage I was a victim of severe sexual and domestic violence and I was unaware of that because I was too young to understand”, shared Ramsha Sattar.

Ramsha is just 14 years old girl and Bedari came in contact with her during a self-growth session.

Ramsha (in the center) with her family

Her father’s name is Abdul Sattar and her husband’s name is Muhammad Azam. She has 5 sisters and 1 brother. Her number is fourth among her siblings.  She belongs to Bhutta Pur, Muzaffargarh; a district of Punjab. She was married, two years back on 28th September 2015, when she was just 12 years old. On Nikkah Nama, her age is stated as 16 where as her husband was 23 years old at that time. Being an innocent child, she was unaware of so many tortures she went through, thinking them as a part of married life.

The very first night, her husband committed violence on her which broke her arm. Azam was drunk at that time and badly abused her. He was habitual of drinking and regularly used tablets for increasing sexual potency. After that he used to make Ramsha a victim of sexual abuse. After a month when Ramsha’s father came to know about it, he brought her back home. Unfortunately, after reconciliation, Ramsha went back to Azam’s house.

Life became more miserable for her as he used to torture her more than before. Ramsha was not the victim of sexual and domestic violence only, but psychological as well. When situation got worse, her parents brought her back once again and admitted her at the hospital for treatment. Her husband got enraged and filed a case of theft against Ramsha. He stated that she ran away with money and jewelry from his house. Ramsha’s parents have filed a case against Azam for dowry and Haq meher since last one year but no decision has been made yet. Ramsha and her father wanted to take divorce and put an end to this relationship. After filing a case for “Khula” (divorce sought by the wife), Azam did not appear in any of the court’s hearing. Therefore, court gave one-sided decision. Azam being very aggressive and stubborn again filed a case at Tehsil Kot Addu. The case is still pending at the court.

Ramsha is not the only daughter who is a victim of child marriage. Within her own home, her three elder sisters were married as children. Ramsha is very worried because of the disturbance in her life. She is too young to face these hard and cruel circumstances. Her parents are regretting their decision of marrying her off at a very early age and blame themselves for upsetting events that occurred with Ramsha. Her mother said, “I believe it is our mistake that our daughter is in this condition. She was innocent but we were sensible. We should have thought about the consequences before marrying her off at an early age. I will not let this happen to my remaining other 2 little daughters.”

She completed beautician course from the skill center under the project, GIRLS Inspire established by SPARC and attended self-growth workshop conducted by Bedari so that she could restart life with new goals and determination. Ramsha wishes to complete her education which suffered due to her early marriage. Bedari connected her to Allama Iqbal Open University for open distance learning (ODL) to help her pursue her education and career. Along with that we are providing her with psychological aid. Bedari is in close contact with her, she will be one of Bedari’s “Volunteer for change”.