Naveed Sultan is a volunteer of change to combat Child Marriage 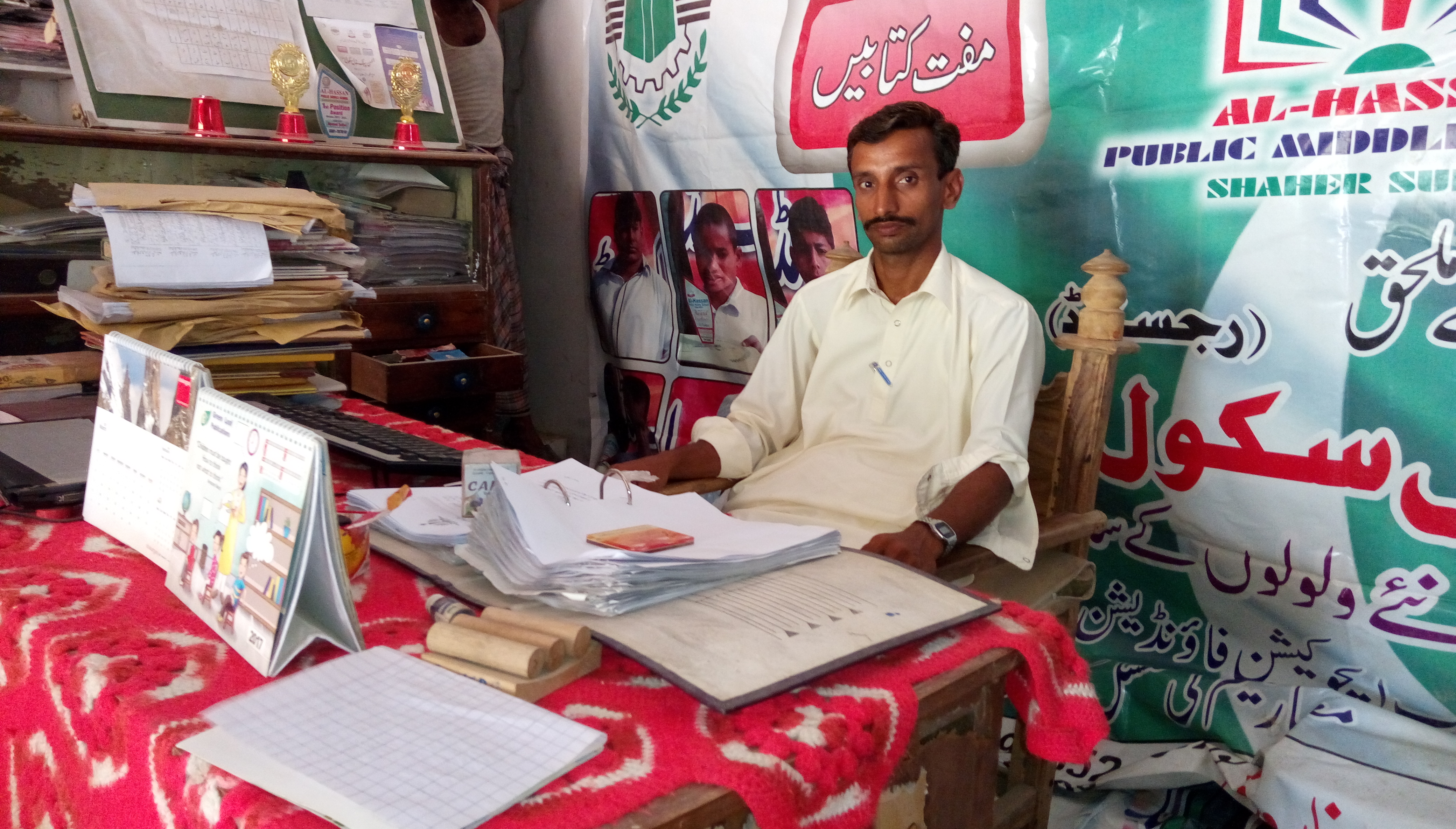 Naveed Sultan is a volunteer of change to combat Child Marriage

“I was in a shock, but I knew I had to stand for that little girl and save her from child marriage”, expressed Mr. Naveed Sultan, principal of “Al-Hassan Public School” working with Punjab Education Foundation (PEF).

Mr. Sultan is running the school from the past seven years at Basti Chagra which is situated 7 kilometers from Sheher Sultan on Ali Pur road. He believes that he is striving a lot for the betterment of the area. He states that it is very saddening to see that as soon as young girls and boys reach their 8th grade, their parents marry them off without completion of their education.

Bedari went to Basti Chagra in 2016 for the first time. When Bedari introduced its project, GIRLS Inspire, to the community, Mr. Sultan welcomed the team whole heartedly. He arranged the first session right in front of his school’s building. During the session, he told that early marriage is trending in the area and is highly practiced here. It is a very important step Bedari took for combatting child marriages in the area.

After few sessions, Mr. Sultan narrated a story of Abdul Hameed, a government officer from his village. Abdul Hameed’s daughter is studying at Mr. Sultan’s school and is in grade 6. He asked Mr. Sultan to quickly promote her daughter to grade 8 so that he can marry her off next year. Mr. Sultan added that his daughter is just 12 years old. While Mr. Sultan denied this wish as he knew she was too young to be married.

On knowing this, next session was arranged and Abdul Hameed was especially invited to it. During the session, discussion took place about early marriage and its consequences. Participants were also told about the legal procedures that if they commit a marriage involving a child, they will be severely punished. Abdul Hameed was specially guided over this issue and was told that he could lose his job as well.

Since that session, Abdul Hameed did not ask to promote her daughter neither thought of marrying her off. Mr. Hameed has been very helping in all the process and assured his cooperation for future as well. It has been a happy moment for Bedari to find a person who would be an advocate for change and will combat child marriage.