Financial Inclusion for Women – How it makes our works sustainable?

Home Publications Financial Inclusion for Women – How it makes our works sustainable? 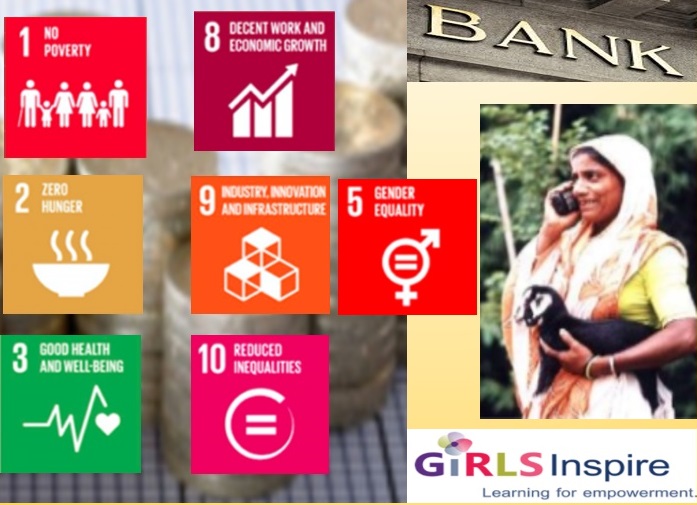 Financial Inclusion for Women – How it makes our works sustainable?

Every human being on this planet has some sort of genius or potential. Sometimes these potentials cannot be explored due to lot of social, economic and cultural constraints. Unfortunately, girls and women are most vulnerable group to those constraints. Mostly in the developing countries, girls and women are not usually allowed to have endowment over the family resources. On the other side, the financial institutions do not allow anyone to access the financial supports if she/he doesn’t have resource endowment which can be used as collateral. As a result, a major portion of girls and women struggles to improve their livelihood even if they have huge potentials and innovative skills. According to Global Findex Data (World Bank, 2011), 47 per cent of women and 55 per cent of men worldwide have an account at a formal financial institution, whether a bank, credit union, co-operative, post office or microfinance institution. Among Commonwealth countries, the gender gap (with women being less likely to have accounts than men) was the highest for India, Pakistan, Trinidad and Tobago, Mauritius, and Uganda (World Bank Global Findex 2011).

Although gender equality and access to economic resources are the basic human rights for women, gender gap in accessing financial resources not only perpetuates poverty, but also widens the inequality between men and women (Stavern, 2001). Access to financial resources is critical for women as it enhances their innovative powers, social rights and economic stability. ‘Broadening access to financial services will mobilise greater household savings, marshal capital for investment, expand the class of entrepreneurs, and enable more people to invest in themselves and their families. Financial inclusion is therefore necessary to ensure that economic growth performance is inclusive and sustained’ (AfDB 2013, p.25).

van Stavern, I. (2001). As cited in Commonwealth Secretariat in the discussion paper on “Strategies for Woemn’s Financial Inclusion in the Commonwealth, 2015”.

AfDB. (2001). As cited in Commonwealth Secretariat in the discussion paper on “Strategies for Women’s Financial Inclusion in the Commonwealth, 2015”.