2016 International Day for the Elimination of Violence against Women 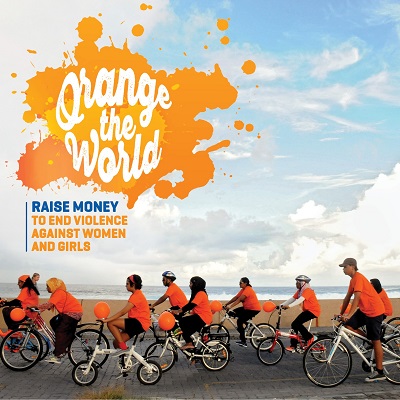 2016 International Day for the Elimination of Violence against Women

This day was established on 17 December 1999 by the UN General Assembly to raise awareness of violence against women and girls around the world and to mobilise action.  The magnitude and scale of this problem is significant. Globally, one in three women experience physical or sexual violence, mostly by an intimate partner [1].

Violence against women and girls is a human rights issue, as women’s and girls’ right to live a life free of physical, sexual or psychological harm or suffering, whether in public or in private life [2], is compromised.  Child, early and forced marriage (CEFM) is actually a form of violence against girls, as they are often married against their will.  Not only does CEFM impede a girl’s right to education and her right to choose when and if she will marry, it also hinders her future prospects and aspirations.

Violence against women and girls represents an opportunity cost, as it prevents women and girls from fully participating in their communities and societies, and contributing their skills and experiences to social, economic and political development.  This violence is also a significant barrier to the achievement of the Sustainable Development Goals, and works against efforts to reduce poverty, spur economic development, and promote stability and peace.

What should be of great interest to governments is that violence against women and girls is linked to a depletion of economic resources.  According to the Social Institutions and Gender Index (SIGI), it is estimated that discriminatory social institutions such as violence against women and girls cost the global economy approximately US$12 trillion per year [4]. What is equally striking is that in 160 countries, one in three women agrees that domestic violence is justified. And in some countries, the rate of agreement approaches 90% [5].